Fire and lithium batteries: the manufacturer’s role in safety

The energy transition is underway and attention turns to batteries, essential in order to completely free ourselves of fossil sources and embrace electrification.

This spotlight on the world of batteries has led to an increase in laboratory experimentation, but has also aroused the interest of the general public. And when the public takes an interest in scientific and technical matters, it’s easy for inaccurate ideas, generalised beliefs and unfounded fears to circulate. The most resounding example is the circulation of the (mistaken) belief that “lithium batteries are highly flammable”.

In terms of a lithium battery’s flammability, the lithium battery manufacturer plays a key role and can do a lot during the design, material selection and construction phases to ensure batteries are safer and therefore minimise the risks.

What are the most important factors when it comes to ensuring the safety of a lithium battery?

Let’s consider the factors that heighten the risk of fire or explosion in a lithium battery:

Not all battery chemistries have the same characteristics. The intrinsic safety of the chemistry and the life cycles of the battery itself are the two fundamental parameters to consider when selecting the chemistry.

We have chosen LiFePo4 chemistry for the electrification of industrial applications and electric vehicles as this is the safest and most stable chemistry available on the market, guaranteeing more than 4.000 life cycles.

Assembling the cells is the second element, after chemistry, to determine the safety of the lithium battery. Essentially, the less parallel cells assembled in a battery, the greater the safety.

Lithium batteries are made with small cells, you have to use a very high number of parallel cells. Consider a 400Ah battery. If it’s comprised of 3Ah cylindrical cells, then 130 parallel cells would be needed, but if it’s made up of 50Ah prismatic cells, then only eight parallel cells are required to achieve the desired capacity. So if one of these cells were to have a problem and short circuit, in the first case it would have to absorb energy up to 130 times its capacity, while in the second case it would be only eight times.Flash Batteries are produced with a maximum of four parallel cells. According to our studies and tests, this is the best configuration in which our batteries can guarantee safety in every situation. 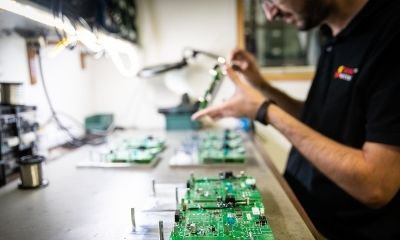 Battery Management System software allows for the chemistry to be fully exploited, ensuring reliability and performance over time.

The electronic control unit (the BMS) monitors the power and temperature of the individual cells and communicates with the vehicle hosting the battery and with the battery charger, to block charge and discharge in case of any criticality and intervene on the general contactors. The BMS, if designed carefully and thoroughly, ensures performance stability over time, prevents any anomalies, and carries out self-diagnostics and predictive maintenance, for complete control of the battery pack.

This is one of the reasons why we developed the Flash Data Center, a proprietary platform that automatically and remotely analyses all the charge and discharge cycles of interconnected batteries on a daily basis. This remote monitoring  is subject of an Italian patent and currently under consideration for a European patent. The system has been considered so innovative, efficient and well-received that it was nominated as a finalist at the Bauma Innovation Award.

As a matter of fact, Bauma 2022 will be the showcase for Flash Data Center 4.0, the new release that applies artificial intelligence and ensures interconnection of all battery systems produced by Flash Battery with the support of advanced machine learning technologies. 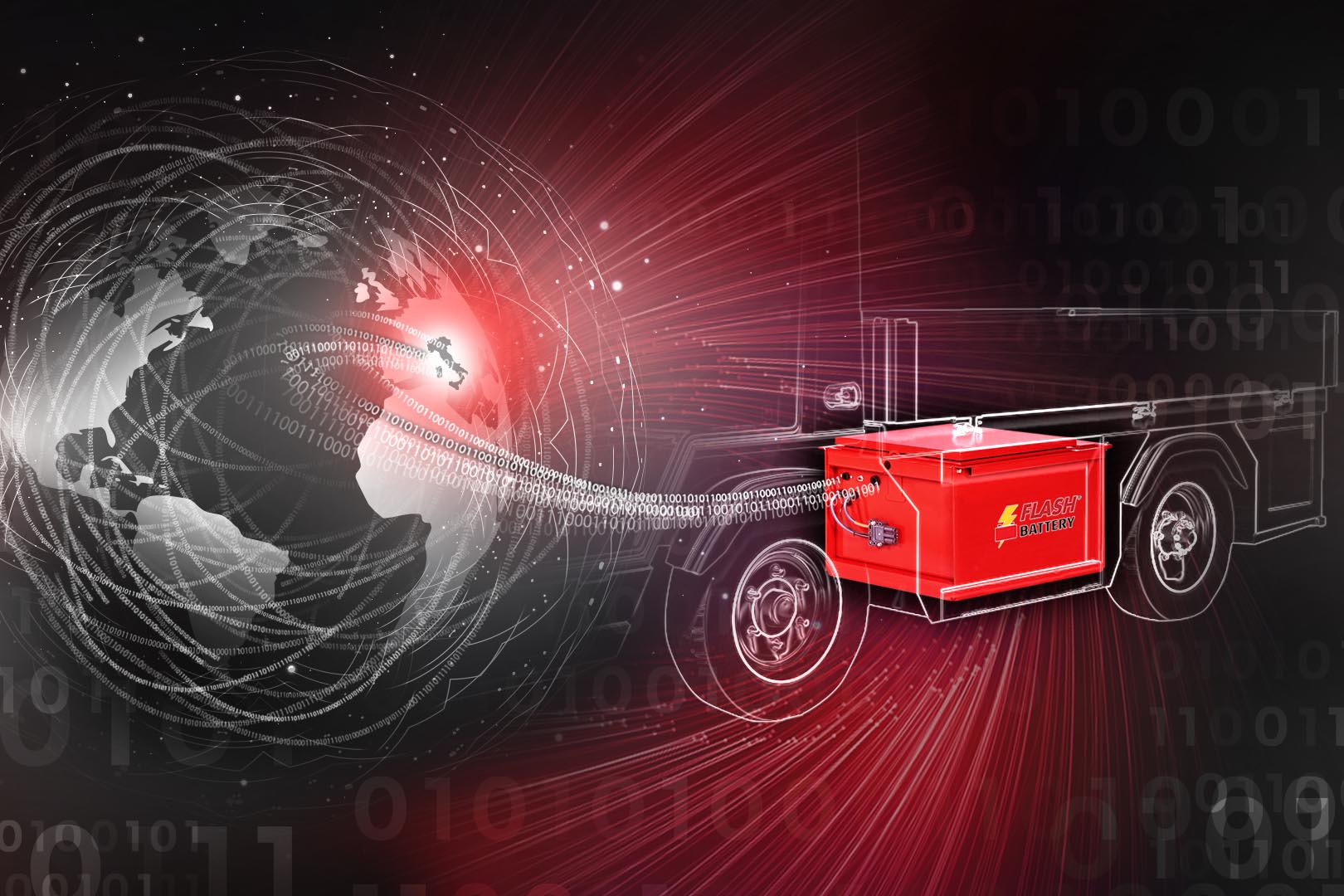 The manufacturer’s role in lithium battery safety: decisions made by Flash Battery

The design of each battery is based on certain fundamental elements to guarantee the safety of both the users and the applications.

Over the years, Flash Battery has been able to ensure the maximum safety of its batteries by working on these very aspects – selecting the right lithium chemistry, correctly assembling the battery pack, and developing a proprietary electronic control unit.

Working on the industrial market, alongside various European OEMs, has allowed us to create made-to-measure batteries, developing a concept of efficiency and safety that adapts to the spaces and bulk of the vehicle in question, offering ad hoc power and capacity to satisfy the working requirements.

According to our CEO and Founder Marco Righi “The battle will soon be between NMC (Nickel, Manganese, Cobalt) chemistry, the most common in the automotive sector, and the LFP type (Lithium, Iron, Phosphate), which prevails in the industrial field. A car’s battery usage is low stress. It requires a high energy capacity and recharging speed. Industrial applications generally prefer to adopt LFP chemistry, in that they are more oriented towards battery lifespan and safety.”

In addition to the adoption of a chemistry that is currently the safest and most stable on the market, there are other elements that make the difference and that we deem important for the production of lithium batteries, namely:

One of the main things to avoid in order to ensure lithium battery safety is overheating.
So it is very important to monitor the internal temperature of the battery. And the control electronics (the BMS), among other things, also plays this important task: monitoring the power and temperature of the individual cells and communicating with the vehicle hosting the battery and with the battery charger, to block charge and discharge in case of any criticality and intervene on the general contactors.

“But it’s not enough to just check – explains Andrea Rossini – you need to do it in an efficient way and at the right points. What makes the difference is the way in which the BMS control electronics works. Flash Battery was created with the aim of resolving those electronics-related criticalities that would limit the reliability and safety of lithium batteries. And this was our starting point, the area in which we have the most experience and that we have explored the most. Temperature measurement must be done in a widespread way and at the right points, so as to also check contact resistance. This is why Flash Battery lithium batteries have two temperature sensors on each cell”.

The testing activity – which tests must a lithium battery pass?

Rigorous design and the proper selection of materials is not enough. Before it goes on the market, a lithium battery must pass specific tests that verify its safety.

Our goal is to identify the safest chemical for the client’s vehicle. Our technicians in the R&D department do not just limit themselves to using cells certified by the manufacturers or the theoretical study of chemistries, but also base their decisions on the various specific tests with the aim of “stressing” the batteries and identifying possible improvements. One of the most invasive tests, for example, is the Nail Penetration Test, which consists of perforating a battery with a nail, simulating an incident that causes an internal short circuit. 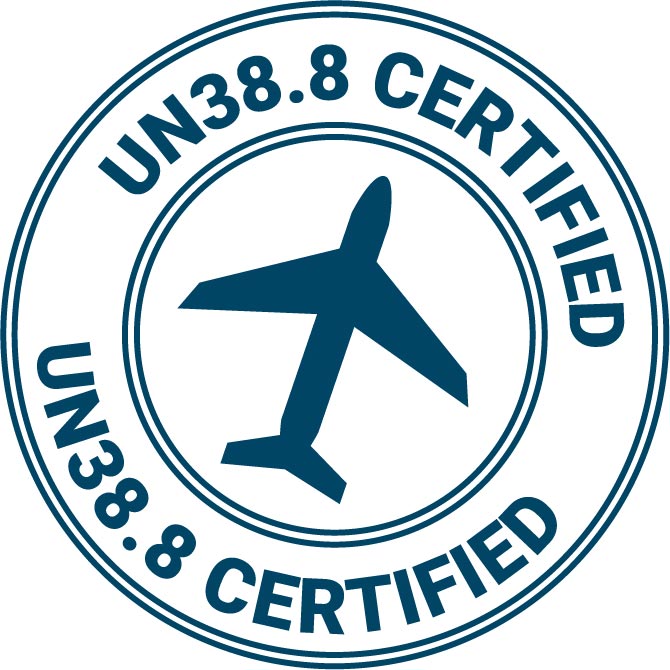 Lithium battery production companies should test batteries’ safety by subjecting them to operating conditions close to the declared limit (or even outside of the normal range), to be sure that a minimum level of safety is guaranteed for those using and transporting them, even in extreme conditions.

A group of standard tests known as UN38.3 (from the paragraph in the “Manual of Tests and Criteria” that outlines the methodology) constitute a basic requirement for the safe transportation of batteries, and this is required worldwide for carriage by road, ship and air.

The abuse tests that we conduct to “stress” the batteries and experiment with updates include the Nail Penetration Test, which consists of perforating a battery with a nail to simulate an internal short circuit.

Of course, these are tests that are carried out in safe and controlled conditions at a laboratory, and the chances of a cell being penetrated during general use when a lithium battery is installed on an electric vehicle or industrial machinery is very low. But we include this test, because it simulates the worst case scenario of what can happen to a cell, or rather an internal short circuit that can occur due to a manufacturing defect or violation.

Performance tests serve to verify battery performance but also to compare the nominal specifications of batteries, in an objective way, with other batteries of the same type available on the market.

Following a significant rise in the use of lithium batteries in the automotive field, testing activities by lithium battery companies for this type of accumulator have increased dramatically in recent years.

Until a few years ago, there were not many laboratories equipped for the testing of medium/large batteries (or rather, sizes differing from those of single cells and portable devices). But in recent times, a number of different laboratories have been set up in Europe and, in the last year, significant investment has been made in Italy to create laboratories suitable for the execution of these specific tests.

How to reconcile the safety standards with customised solutions 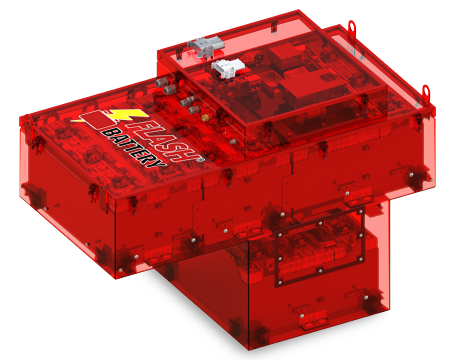 One of our unique features is product customisation. Customisation that never compromises in terms of the safety standards attained. Working on tailor made solutions means ensuring a very high qualitative and, to date, we’ve produced more than 500 different models, producing more than 200MWh.

The secret behind the customisation offered by Flash Battery lies in the use of standardised design solutions and generic functional modules. For every battery feature (mechanical, electrical or electronic), a specific internal design guideline is developed to ensure that the minimum safety requirements are respected for every new project undertaken. In turn, every project is developed using standardised functional base elements that are then integrated based on the client’s specific battery-related requirements.

Before it can be implemented, standardised and adopted in our guidelines, every new technical solution is tested internally (and at external laboratories if necessary) in order to ensure it is reliable and satisfies the necessary requirements.

Choosing to rely on experienced lithium battery manufacturers with the right know-how is therefore a key factor in ensuring the safety of your industrial vehicles. Behind the voltage, Ah and size of a battery lies a complex world, made up of study, research and development, technical tests and, above all, careful choice of components and electronics, aspects which, as well as influencing the performance of the application, are essential to make a lithium battery safe and reliable over time.

DO YOU HAVE AN ELECTRIFICATION PROJECT?

ASK US NOW FOR AN EVALUATION OF YOUR SITUATION.
A FLASH BATTERY SPECIALISED TECHNICIAN WILL GET BACK TO YOU
WITHIN TWO BUSINESS DAYS.

ASK FOR AN INITIAL EVALUATION
Scroll to top