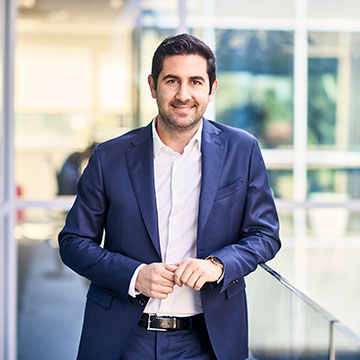 Flash Battery Srl was founded in 2012 by Marco Righi and Alan Pastorelli, the CEO and CTO, respectively. Its mission is to supply lithium batteries to builders of industrial machines and electric vehicles who have moderate production volumes and strong needs for customisation. Flash Battery is the most sold lithium battery in Italy, that recharges the fastest and requires no maintenance, thanks to its proprietary remote control system.

HOW FLASH BATTERY WAS FOUNDED

My father had a small company, where he made “high-frequency battery chargers”. It was founded in 1985 (the year I was born). At that time, it was a completely new technology, and its market was relatively small. The company expanded in the 2000s and became the European leader in this sector, with a production of 60,000 units per year.

As I got older, my interest gradually shifted toward electronics in the pure sense of the term.

I remember clearly that my partner Alan Pastorelli and I would modify the first version of PlayStation and build control units for controlling strobe lights in time with the music at parties.

When I was 15, I was hired by the company every summer to help out in the repair department. It was an excellent position for learning the basics.

A few years later, my job was moved to the Research and Development department.

I loved that company! Perhaps because I grew up inside it and had strong ties to its people, my dream was to help my father and, one day, to run the company together.

In the summer of 2006, I was visiting a customer in California. I was there to develop battery chargers that would be customised to meet his needs. I remember that Saturday morning very well. I was taking a walk along the ocean at Huntington Beach, when I got a call from my father.

Right away I heard something strange in his tone of voice. I didn’t have to wait very long; my father has always been very up front, so in only a few words, he told me that he’d sold the company. At that moment, I had the feeling that all the plans I’d made in my head were coming apart, since everything revolved around the company.

I was practically born in that company, and all of a sudden, I didn’t feel it was mine anymore.

When I returned from America, I decided to quit my job and get my degree as soon as possible. After completing my university studies, I worked for a couple of years as a business specialist at a training school.

However, my passion had not faded. In my free time, I would go help a friend install alarm systems.

In 2009, fate would have it that I went to look up a friend who made industrial electric vehicles, and during that visit, I saw lithium batteries from China for the first time.

Their appearance didn’t excite me at all. They were piled up in a corner of an industrial shed (and seemed pretty beat up, to say the least…). My friend said that their quality was low. The cells were not uniform and didn’t work properly.

Because of this, an idea popped into my head; with the specifications they had, if I could solve the technical problems, I could launch a major innovation for all industrial applications.

That’s when I began investigating the matter. I contacted another company that had tried these lithium cells but had stopped using them for the same reasons. I then did some research.

I took a few cells to examine them, open them and see how they were made. I also studied the electronics that controlled these lithium batteries, and that’s what led me to the solution.

A BRIGHT IDEA AND THE FOUNDING OF FLASH BATTERY SRL 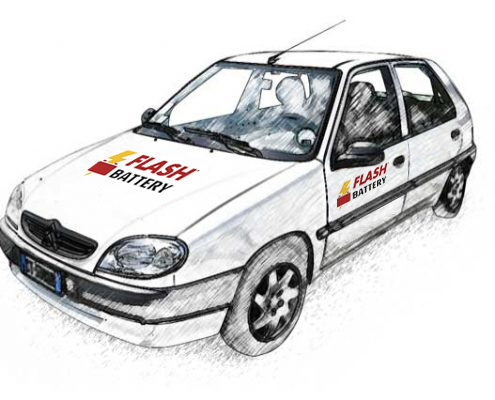 I understood what the problem was, theoretically. I thought everything centred on the way the electronics controlled and managed these batteries. It was obsolete and harmful to the cells.

So, I got to work right away on checking my theory. To run my tests, we bought an electric Citroën that the City of Milan was selling off for € 2,500.

I hired my friend Alan, my “partner in garage experiments” (who in the meantime had gotten a degree in electronics engineering and was working in the automotive sector), and wasted no time.

We began working on the design of our lithium battery management system every night and every weekend.

I must say that this involved a great deal of sacrifice on our part, when our friends would be going out dancing, we were always holed up in my garage running experiments that…sometimes succeeded, and sometimes didn’t.

I’m here to tell you about it because we perfected a system that solved our problem. We succeeded in keeping the cells balanced, even in very large battery packs offering high performance. This made us miles ahead of the competition, who were still producing traditional control systems.

In 2012, we founded and officially opened Flash Battery Srl (Kaitek Srl until July 31, 2020).
Actually, Flash Battery’s only employee that year was me.

Alan was still working for another company, but our orders began coming in very quickly, because almost nobody knew how to work with lithium cells. So nobody was able to come up with effective solutions.

In fact, after we began solving the problems with lithium batteries for a number of customers, word began to spread, and our orders increased exponentially. 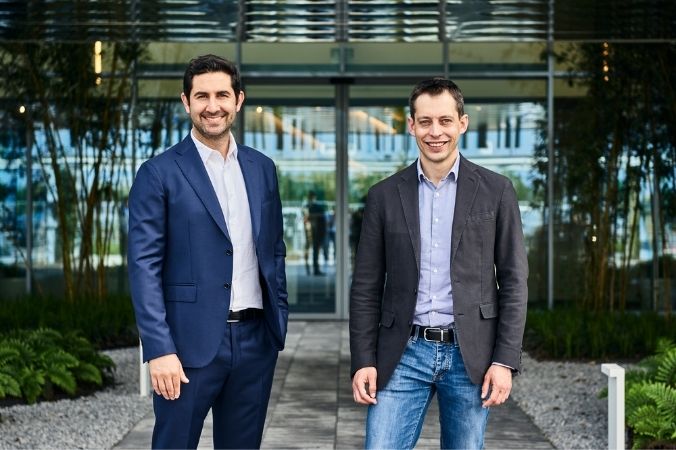 With 70 employees and € 17.3 million in turnover in 2021, Flash Battery is a young company that serves customers in 54 countries around the world.
We’re the only company in Italy to include such an advanced electronic control system.

Our technological research continues, with our two latest major innovations:

Flash Data Center is the portal we’ve created to archive data on battery use. The data it stores can be accessed over the Web by our technical assistance department and by the producer of the machine itself.

Automatic Alert System is a system that automatically reports possible malfunctions, which enables us to prevent critical situations before they occur.

As of 1st August 2020 “Flash Battery” is no longer just the trademark of the number one lithium battery in Italy but has also become the new company name: we decided to abandon the old name Kaitek in favour of Flash Battery Srl.

The change of the company name came just few hours before the transfer of the company from Calerno to the new headquarter located in via XXV Aprile Ovest 23/A, in Sant’Ilario d’Enza, where Flash Battery has moved its industrial activity. The new building stands on an area of 20.000 sqm, with 1.500 sqm of offices and 3.200 sqm of production area, with the possibility of expansion for further 5.000 sqm.

FIND OUT MORE ABOUT FLASH BATTERY TECHNOLOGY
Scroll to top