What do a Dulevo street sweeper, an Elettric80 laser-guided vehicle, and a Goupil electric vehicle all have in common? All three are powered by Flash Battery lithium batteries.

Each application has different requirements in terms of power consumption, autonomy, and space for battery installation.
Lithium technology, together with Flash Battery’s expertise, is able to respond quickly to these needs.
Let’s look at a few examples:

For DULEVO, Flash Battery has never been just a parts supplier. The two companies began their collaboration in 2016, sharing a common project: designing a fully electric street sweeper with the same level of performance as those using internal combustion engines.

They worked in synergy right from the start, beginning with a contextual design of the vehicle and its battery.

The result was a resounding success. The Dulevo D.zero 2 street sweeper has been on the market for several years now: it is indeed completely electric, and matches the performance of traditional models with internal combustion engines – in terms of both cleaning capacity and autonomy. 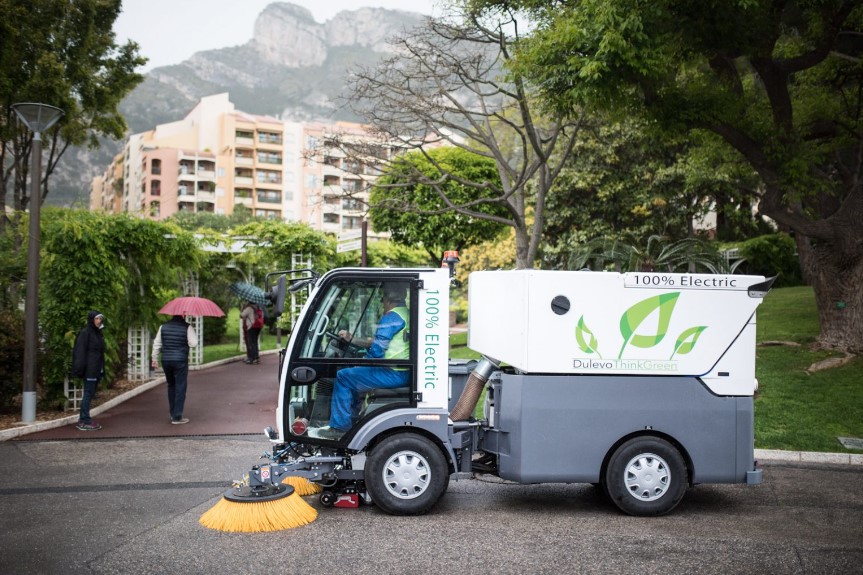 The fruitful collaboration continues with other related projects.

One of the most recent is the CCS2 combined system, which allows the sweepers to be recharged with automotive connectors (the same ones used by the modern Tesla Model 3). Thanks to this standard, the sweepers can be recharged in two ways: with the onboard charger for slow charging overnight, or with an external charger that can completely recharge the battery in just two and a half hours.

The battery also includes a remote-control system via an integrated SIM card: every charge and discharge cycle is analysed daily. Thus pre-emptive maintenance is carried out, reducing stoppages and lowering management and maintenance costs.

AGVs and LGVs – Automatic and Laser Guided Vehicles – are some of the applications that best showcase the power of lithium batteries, a technology particularly suited to intensive 24/7 use.

To date, Flash Battery’s entire line designed for LGVs includes rapid charging, which is well suited to intensive 24/7 use: the forklifts no longer need to stop for long recharging periods, instead taking just five minutes every two hours of work.
In 2019, a new innovation was introduced: inductive charging, which improves safety and eliminates charger maintenance.

To date, Elettric80 has installed Flash Battery batteries in over 2500 forklifts, in 45 countries around the world, in 120 facilities and in widely varying divisions.

Electric mobility for municipalities with Goupil: optimisation of assistance management

Goupil is a French company founded in 1996, and part of the Polaris group since 2011. It produces electric vehicles intended for all applications in which it is no longer possible to rely on internal combustion engines: last mile delivery, mobility in city centres, transportation on industrial sites…and much more.

Before turning to Flash Battery, Goupil was already using lithium batteries in their vehicles, but complained of poor reliability and excessively slow and unfocused handling of malfunctions.

What Goupil needed, therefore, was to find a reliable partner (not just a supplier), in order to be able to offer their customers better after-sales support for vehicle batteries.

The 2 battery packs developed specifically for Goupil vehicles have also achieved ECE R100 type-approval, one of the main European standards electric road vehicles must meet. The lithium batteries installed in 4-wheeled electric vehicles for the transport of people or goods were subject to specific tests.

All of these technologies and many more were set to be on display at the Battery Show, the industry expo held in Stuttgart in October. Flash Battery, however, has decided not to take part in the event, given the current delicate situation in terms of international public health.

Flash Battery is still a prominent presence on the market. Rather than participate in large in-person events at this particular time, the Company is focusing on being present and readily available to their customers. The company’s strength is its highly customised product, allowing for synergetic projects of tremendous value.