An immense satisfaction to close out 2020: we won the National Innovation Prize, the so-called “Premio dei Premi” (“Prize of Prizes”) was presented to us by the President of the Republic of Italy, Sergio Mattarella.

“Premio dei Premi” prize for innovation: what is it?

The “Premio dei Premi” award for innovation – instituted by the presidency of the Council of Ministers at the initiative of the President of the Republic honours the best examples of Italian innovation, selected from among the winners of various national competitions organised by industries, universities and research institutions, public administration and utilities.

It was the President of the Republic of Italy himself, Sergio Mattarella, who awarded – via video stream due to the pandemic situation– the prestigious “Premio dei Premi” prize for innovation to Flash Battery CEO Marco Righi. It was an honour reserved for 9 of the 12 companies that won the national “Imprese per innovazione” award, organised by the Italian Manufacturer’s Association in collaboration with the Giuseppina Mai Foundation, with additional support from BNP Paribas and Warrant Hub.

Flash Battery Srl was recognised in the category of Industry and Utilities, for investments in research and innovation and for the development of cutting-edge, competitive technology for a world market in constant, rapid evolution. 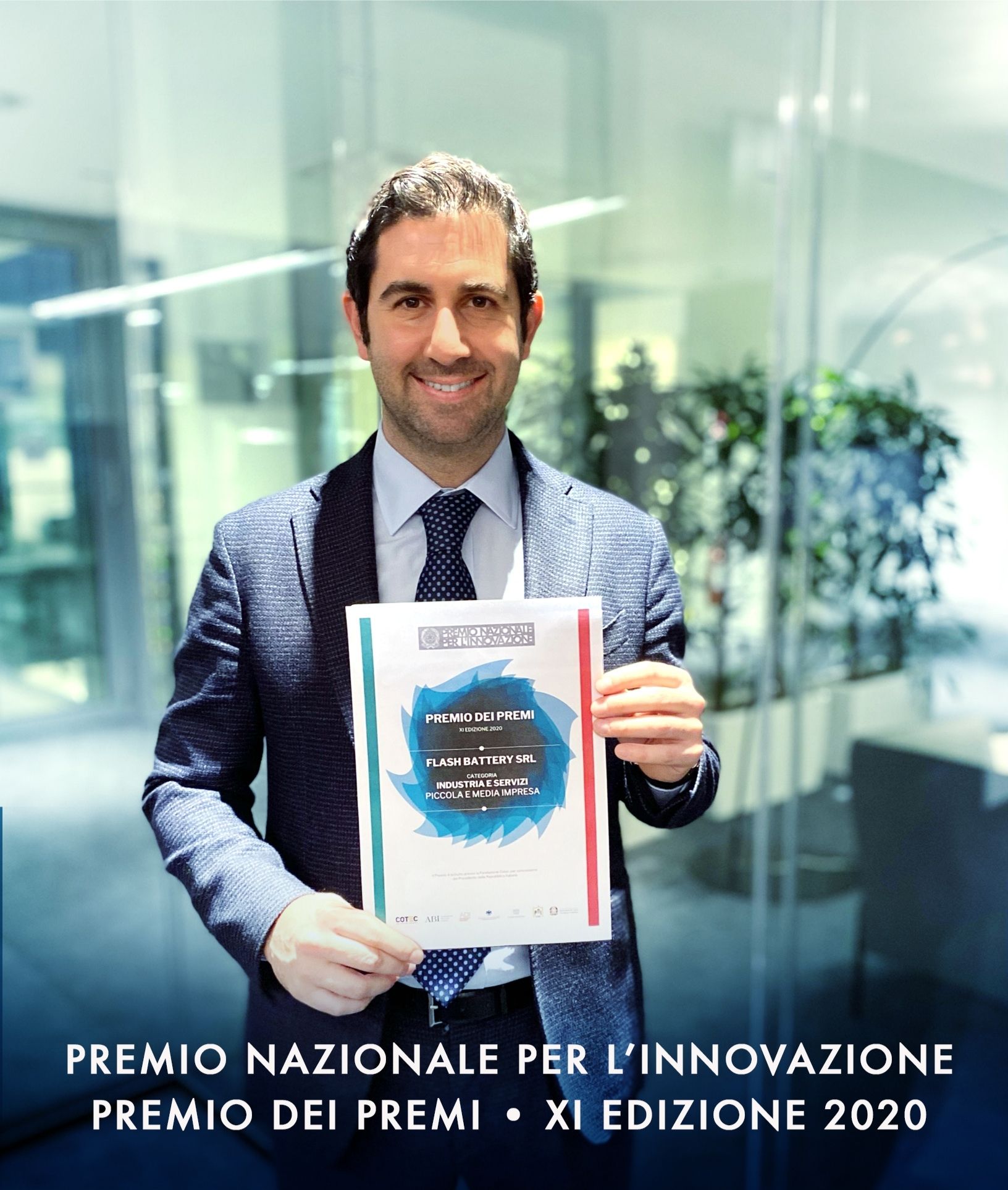 “We are very pleased, and very proud to receive this award, both for the honour of meeting the President, and for the motivations that led the jury to award us this extraordinary recognition. Our investments in R&D, just like the cutting-edge technology of our product,” says our CEO and Founder Marco Righi, “are the result of careful, detailed study and the consistent hard work of our whole team. Flash Battery was started in a garage by two young entrepreneurs, and today the company is a shining example of home-grown Italian innovation. I believe this sends a strong message of hope to all young, entrepreneurial Italians with a dream of bringing new innovations to our society“.