Interview with our CEO Marco Righi

A current state of play in the world of lithium batteries

An interview done in collaboration with TCE Magazine, which asked our CEO Marco Righi to share and report on the lithium battery market.

Kaitek is not just an innovative company but, given the age of its founding members, it is also a success story of young entrepreneurs. Where did this project begin?

It all came from a passion, a passion for electronics.

My father had a company where he made high-frequency battery chargers. It was founded in 1985, the year I was born.

I began to learn the ropes in electronics at his company. I joined the company when I was 15, working there during the summer. I started out in the repair department, which taught me the basics, and then, summer by summer, I made my way to the research and development department. However, in 2006, my father decided to sell the company and my dream of continuing my work at the family company vanished into thin air. I followed other career paths, but continued to nurture my skills in the world of electronics.

I first came across lithium batteries in 2009, when I bumped into a friend who was making electric vehicles. They did not look great and even their performance was not the best: they were poor quality, the cells were inconsistent and they did not work properly. This gave me an idea: given the specifications of lithium batteries, if I could solve the technical problems, I could launch a major innovation for all industrial applications.

I then did some research. I took a few cells to examine them, open them and see how they were made. I also studied the electronics that controlled these lithium batteries, and that’s what led me to the solution: I had to design a different system to control and manage lithium batteries.

I brought in my garage experimenting friend, Alan Pastorelli (who in the meantime had graduated with a degree in electronic engineering and was working in the automotive industry), and we wasted no time. We began working on the design of our lithium battery management system every evening and every weekend.

The management system we designed kept the cells balanced even in larger battery packs, making them reliable and efficient.

That was in 2012 and since that point we officially started designing the lithium Flash Battery. 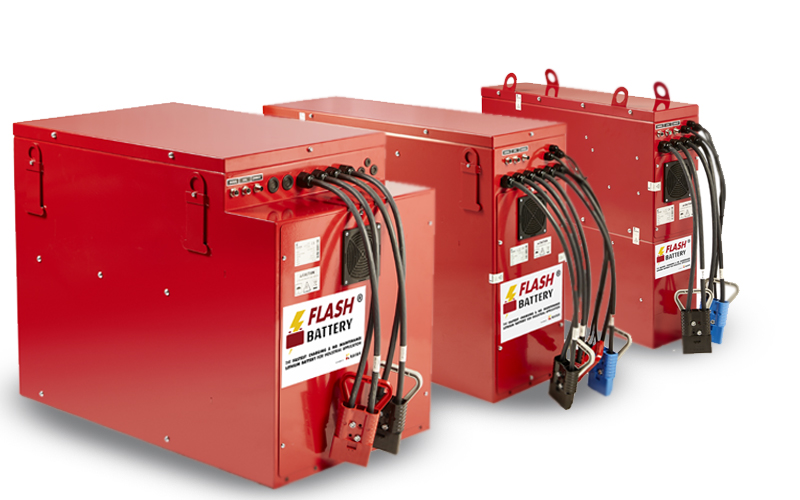 What do you provide for the market? A product? A solution? A vision?

Before prototyping and battery production can begin, the Flash Battery team of engineers, dedicated to custom design, examine all the technical specifications required together with the customer and make the most appropriate Flash Battery for the customer’s needs.

During our consultancy service, we analyse our customer’s requirements (we design the industrial application by determining its power consumption and assess the size and weight of the battery); we identify the interaction between battery, machine and battery charger and then create the best solution for the application.

How can what you offer improve the business of a company which decides to choose you? (in particular, a company in our industry which uses your technology for work equipment)

The good fortune of growing up in the family company which made about 60,000 battery chargers a year and living in this environment helped me structure the company right away using an industrial approach and not as a university or artisan spin-off, like most of our competitors.

Hardware and software are designed in-house by our technical department, which means we are flexible and responsive with our solutions for the customer, something which none of our competitors can currently offer.

Our Flash Battery technology has a built-in electronic control system which guarantees greater efficiency for our customers. The automatic remote control (Flash Alert System) monitors the status of the battery every day, thereby predicting anomalies and downtime. The combined balancing is 20 times higher than other batteries and the charging speed is 8 times faster than a lead battery.

What do you think about Italy’s energy future? Are we going to get sustainability mobility off the ground?

Every day, we see more and more companies making green choices to save energy.

Our experience in direct contact with manufacturers of industrial machines and electric vehicles is showing us that markets and sectors which only used combustion engines and hydraulic systems are now becoming more interested in electric power with lithium batteries.

The agricultural and earth-moving markets have been the most surprising markets for us in this half of 2018, given that they have shown the need to adopt green solutions to allow sustainable processing, eliminating any type of regular maintenance with no carbon dioxide emissions and saving a substantial amount of energy

You have recently attended various trade shows and events, not just to promote your technology but also to spread your innovative spirit. Which events have you taken part in?

Hanover and Parma were the two locations chosen to present our Flash Battery lithium technology with maintenance-free, high-speed charging.

From 23 to 27 April, we took part in the CeMAT trade fair (in Hanover, Germany), an international event that is the most important moment of global interaction for logistics, Supply Chain Management and intra-logistics. We spoke about combined balancing, maintenance-free fast charging and remote control. 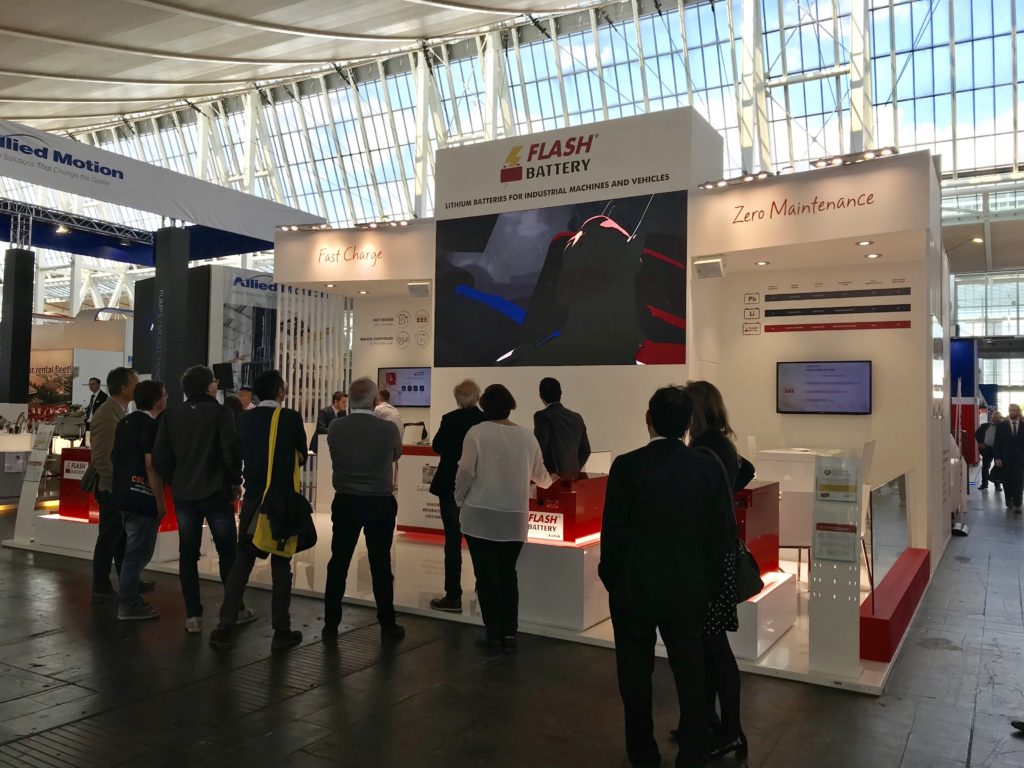 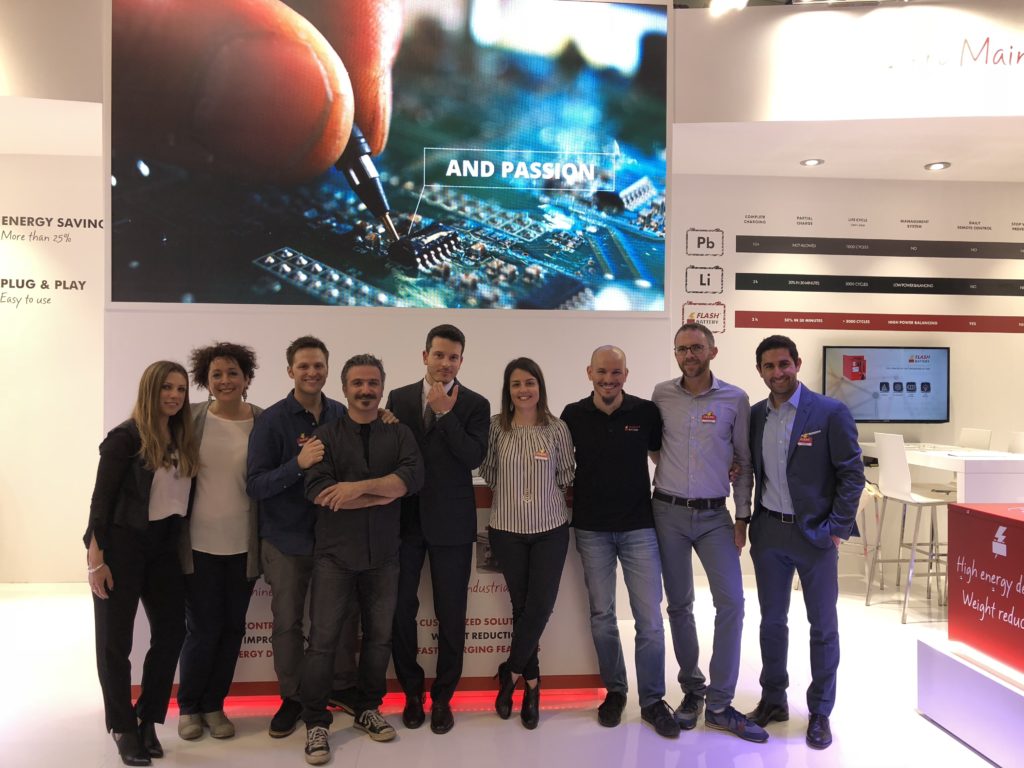 Alongside these international events, the lithium Flash Battery is on board the Tesla Destination Tour, the first fully electric tour, which will see the most famous electric supercar in the world, the Tesla, used over 12 stages across Italy. In fact, the power for the trailer coupled to this prestigious Californian car, which powers a mobile kitchen, is provided by a 10.2 kWh lithium Flash Battery. 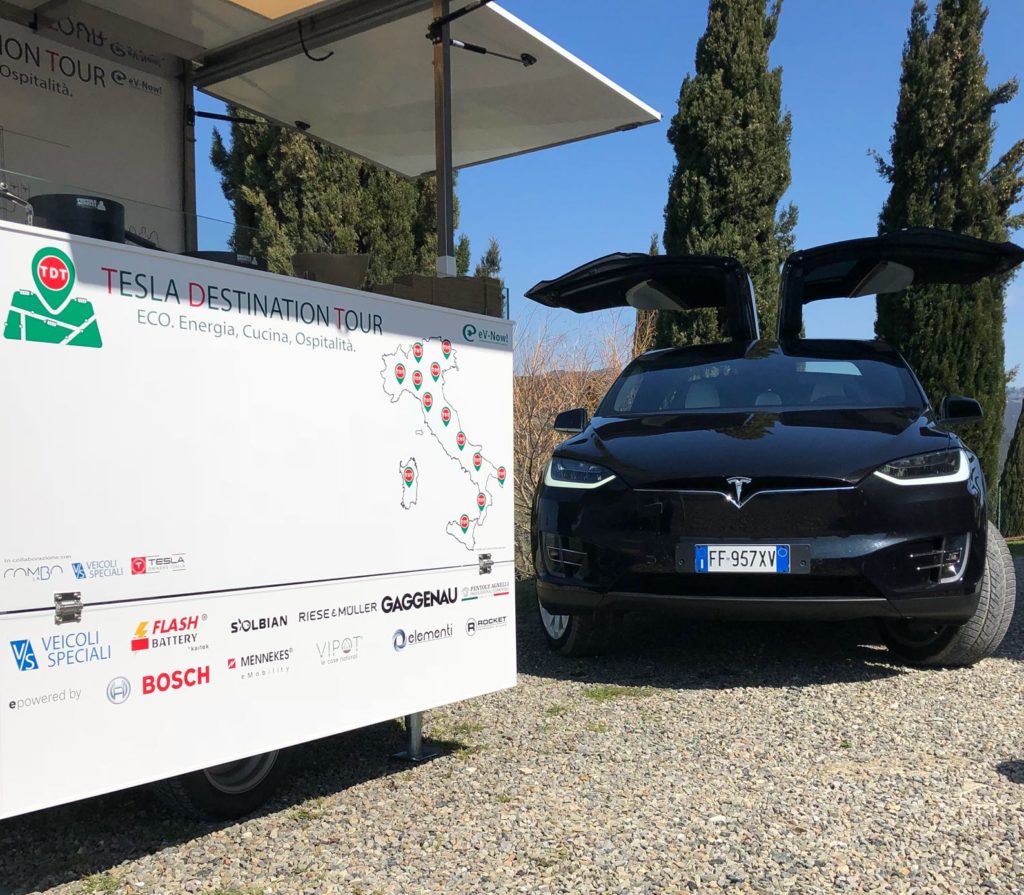 Given that you have had the chance to meet and talk about your work with many young people too, as a boy, what did you want to do when you were older?

This year, I have had the chance to meet and talk to many young people and I saw the same enthusiasm and interest in them that drove me to create something of my own 6 years ago.

When I used to think about what I wanted to do when I was older, I always thought it would be at the family company, but we all know that sometimes fate has certain twists in store.

What I first thought to be bad luck actually turned out to be, with the benefit of hindsight, a huge piece of good fortune, which allowed me to create the company of my dreams.

Special thanks for this interview to all TCE Magazine.

why the FLASH BATTERY lithium batteries are a different breed from the competition ones.

to receive a preview of FLASH BATTERY news and insights 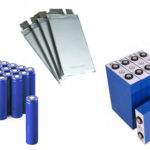 Lithium cells: differences, uses and how to choose the best ones 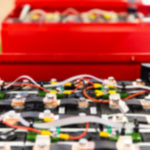 The Pan-European project for the batteries of the future 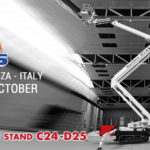 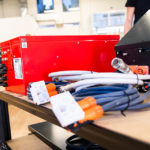