Right after the conclusion of the international trade fair “The Battery Show Europe“, which saw us among the major players in the field of new technologies related to the lithium battery sector and which helped us network and strengthen our international commercial relations, we had the honour of receiving to receive an important award related to our innovation process.

For the second year running, winners of the Company Innovation Prize

The trade fair finished just one day before the prize-giving for the Company Innovation Prize (Premio imprese per Innovazione), awarded to Flash Battery by Confindustria for the second year running and in recognition of the high levels of innovation we have demonstrated during our almost ten year’s activity, not just in products and processes but also investing in our human capital. 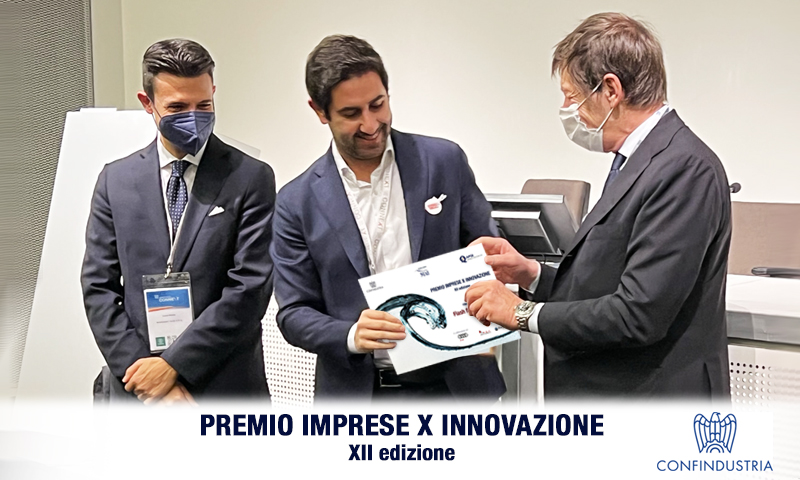 During the awards ceremony, Confindustria Research and Development Vice-President, Francesco De Santis, pointed out that: “Confindustria has always recognised and promoted Research and Innovation as high-priority areas and this commitment is now paying off. Italy, in fact, has an abundance of companies that are playing a leading role in the international arena, creating employment and well-being”. De Santis then added that “in the last few years, Italian companies have boosted their ability to translate their R&D efforts into innovative products, processes and services, creating added value for the companies themselves and the country”.

“We’re proud and grateful for this recognition, because it highlights the quality and intensity of our work during the long pandemic season; we invested and gave priority to research and innovation and transformed them into new advantages for our customers, into production methods that are both responsible and attentive to people’s quality of work life, and more generally, into benefits for the environment”.

The Confindustria Award is the first in Europe adopting the parameters of the European Foundation for Quality Management (EFQM) and participates – in the category Industry and Services – in the national innovation award “Premio dei Premi”, a recognition established on behalf of the Italian Presidency of the Council of Ministers by the President of the Italian Republic that Flash Battery already received last year and the awards ceremony of which will be held in 2022.